Please welcome Prepper Jim as a guest blogger… He will be providing some great information from time to time, and I look forward to his posts here… So without further hesitation, please let me introduce, “Prepper Jim.” 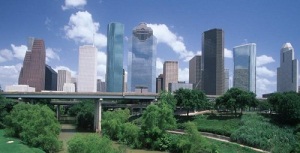 Hi everyone. Please allow me to introduce myself. My “handle” out there on the anonymous Interwebs is PrepperJim. I am in my early forties, married with no children. For the last 20 years, I have worked, lived and played in the United State’s fourth largest city – Houston, Texas.

As an urban dweller, my prepper situation is far different than the standard, modern-day survivalist. In fact, my prepping really began in the last three years when I met my wife, experience Ike with her while we were dating, got married and then purchase our first home together. My wife and I did not know each other in 2005 and she got trapped by the mass exodus out of Houston during Rita while I got lucky and got out through a lucky traffic detour out of town. I did learn from Rita to have extra, full gas cans in the car in case we were trapped in traffic. In addition to the extra gas cans, I only had minimal preps – food, water, flashlights, batteries and first aid kits. I did not heed the lessons enough to prepare plywood for all the house windows or have the ability to camp at the side of the road if we got stuck in traffic. My future wife and I evacuated to Dallas and I remember saying goodbye to my house and telling it that I loved it. I really thought my house would not exist after sustaining a direct hit. The day we evacuated, I told my wife I loved her for the first time. We packed two SUV’s and headed to Dallas. Thankfully, the city learned the lesson’s of Rita and the evacuation up Highway 45 went smoothly. 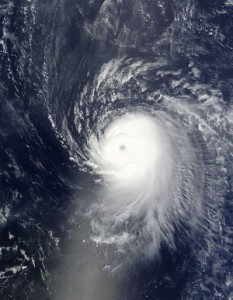 After Ike struck Houston, I continued to be lucky as my house escaped major damage other than a downed tree and fence and 100 square feet of shingles – all easily repaired. My wife’s condo was out of power for 4 weeks. The power was back on at my house within 24 hours at my house. If the power was not on and the city was devastated, I had no plans and no idea what I would do other than get back in the city and assess the situation. After Ike, I still did not turn into a major prepper. Like a dummy, I did not buy a generator, massively increase my food, fuel, and water supply or even generate alternate evacuation plans. I found out after the quiet 2010 hurricane season that all my stored food had expired. If something had happened, we would have been in a bad way.
Times were just too busy to prep.

I spent the first six months of 2009 getting the courage to ask my wife to marry me, then the next 15 months getting ready to be married. During the time we were dating, the financial crisis hit and we both took some big losses in our 401(k) plans. Luck was on my side such that we both had cash to get married, take a nice honeymoon and start our life together. We sold both our homes and bought a house together. That is when it was time for me to “man-up” and start getting serious about being prepared. Even then, it was all about being prepared from June 1st through November 30th for hurricanes. So what really turned me into a prepper? Nassim Taleb and his book The Black Swan change the way that I saw the world, not just financially but in general.
I began to see the world through the lens of small probability events that had huge impacts. In Prepper terms, a negative Black Swan is when the SHTF – a blackout, financial crisis, pandemic, or other high impact event. The financial crisis of 2008/2009 was a Black Swan. Katrina, Rita, Ike, the Queensland earthquake, and the ongoing Japanese Tsunami disaster are all examples of Black Swans. I wanted my wife and my life to be highly resistant to Black Swans so I became a Prepper before I knew what a Prepper was.
So now you know what turned me into a Prepper,  My Prepper odyssey is the subject of future posts.