Reading Disaster Signs from the Animals 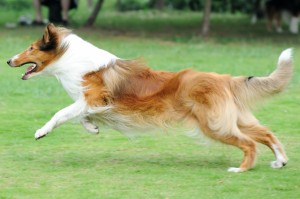 There is no shortage of people that are happy to tell you their predictions about major disasters, or even the end of the world. Just check the headlines on any number of small blogs or the tabloids, and you will find at least a handful of people at any given time predicting our demise or at least a catastrophic event. No seriously, this time for sure. But do you know that there is a reliable predictor for catastrophes, disasters and damaging weather? Nearly 100% reliable and they never once brag about their track record.

It has long been a piece of folk lore or an “old wives’ tale” that animals can predict weather events. Many will tell you though, it is no joke; animals seem to be able to unerringly give warning signals before major storms, solar flares, earthquakes, tornadoes and more. Even modern science has spent millions of dollars to research exactly how it is that animals seem to be so fine-tuned to the environment and make such accurate predictions.

First off, this is indeed science-based. There is no magical element, and you will likely never see a goat staring into a crystal ball. Okay, you might- but he’s probably not actually divining the future. Actually, the science behind animals’ ability to predict weather is more amazing than anything you could actually imagine.

As you are well aware, weather doesn’t just “happen”. There are conditions and changes that occur with any new weather system or event. It just so happens that our animal friends are incredibly in-tune with the biggest indicators. Large scale events like earthquakes and tidal waves take time to build up, while they are doing so they emit low-pitched vibrations called infrasonics. To humans, they subconsciously make us nervous and nauseous. Animals however, have a broader hearing spectrum and it is believed that they interpret these vibrations as a sign of danger. It is also theorized that some animals may feel them in their feet, adding to why they make even the largest animals uneasy. Whatever the method, animals pick up on these signals and cause them to act nervously and upset or even completely migrate from a location. They don’t know why, but they know it isn’t safe.

The other early warning sign that animals pick up on is pressure changes, either air (barometric) or water (hydrostatic); meaning it affects the entire animal kingdom. Typically when a storm is about to roll in, the pressure will drop- this includes larger storms like tornadoes and hurricanes as well. You will find sharks swimming to deeper water for safety, and similar reactions from bees and other animals on land.

So what kind of behavior do you look for, what do these signals cause animals to do which is so telling? A few things to look out for:

In reality, anything that seems counter to an animal’s nature could be taken as a potential sign.

What is most odd about the entire process is that humans are also able to pick up on many of these same signs; we aren’t immune to pressure changes or vibrations. As we said before, humans will have subconscious reactions to the same stimuli. And, ask anyone with a bad back or a bum knee if they know when rain is coming. The barometer drops, and the pressure changes on their aching joints tend to be a good sign. However, we don’t seem to trust our instincts or know how to interpret them; a trait that separates us from every other animal on earth. We are the only animals that ignore our instincts.

This post was gratefully provided by James from DoomsdayNews.com.