When I first began prepping, I put a tactical messenger bag on my Amazon Christmas list so that I could carry “stuff” around to be a “survivalist” if the “SHTF”. I am putting those words in quotation, because I had no idea at the time what stuff I needed to face a crisis situation. With a bag like that, I looked cool military, but was really conspicuous. That is, I never saw another person carrying the same bag and neither had anyone else I was around. In fact, I carried it into a big grocery store one day and got a surprised look from a checker. She looked at me like I was packing a shoulder-fired missile into the store. I don’t have a concealed-carry licence (yet) so even though it looked like I was packing, I was not. I even saw my next door neighbor in the store and was conscientious because I was carrying my tactical bag. I also have to carry my tactical bag plus my computer bag to my car each day for work.  The tactical bag stays in my car during work and I never carry it except between my car and my house. If I cannot get to my car in an emergency, what good does it do me? Plus, what if my car was breached while I was working? My GHB is locked in a container, but my tactical bag is not. It could be stolen and I would be very upset and out hundreds of dollars of gear. I would rather have my tactical EDC with me in my office.

Since the grocery incident and one other where my wife questioned why I carried it to Sunday brunch, I have even written about becoming less conspicuous. I also wanted to carry my EDC tactical bag stuff into my office at work and stay covert. But, I also don’t want to carry my computer backpack everywhere and look like a dork. Not that there is anything wrong with being a dork, because I am one, I just don’t want to look like one.

Thus, began the mission to demilitarize my EDC bag, combine it with my computer bag and have a way to quickly transfer stuff to a non-tactical, not computer bag for weekend mobility. An additional constraint was weight. I did not want to end up with a computer back pack that weighed too much to carry.

This is my tactical bag and computer bag with a couple of boxes of ziplocks in the background. . 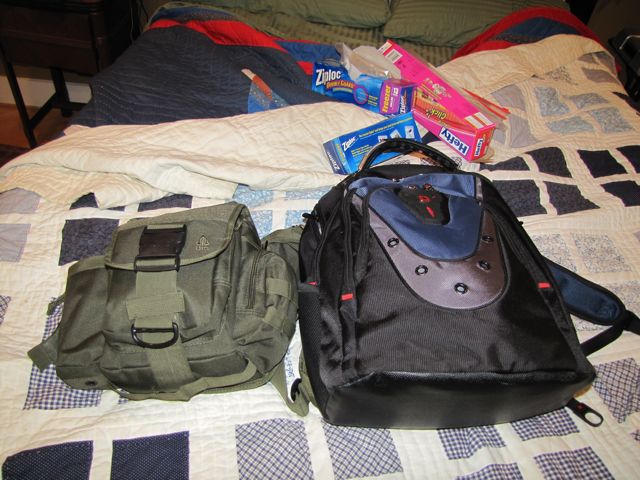 I weighed both using my bathroom scale:

Next, I took all of the “stuff” out of the tactical bag. That is a lot of “stuff”! 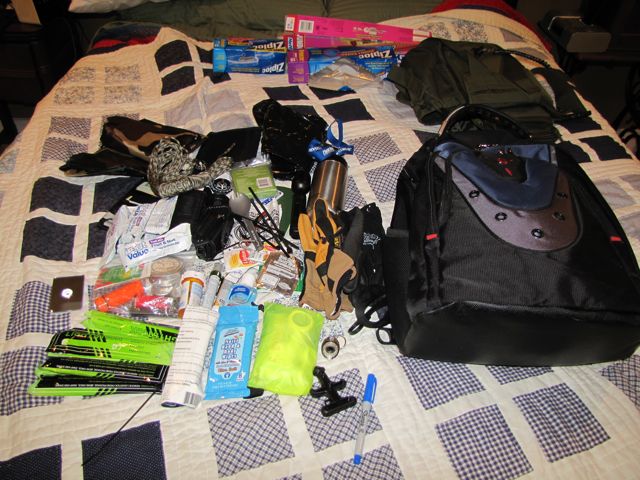 The next step was to group similar items and pack into ziplock bags of various sizes. I had to work with the various items and regroup to make things fit and be as flat as possible. 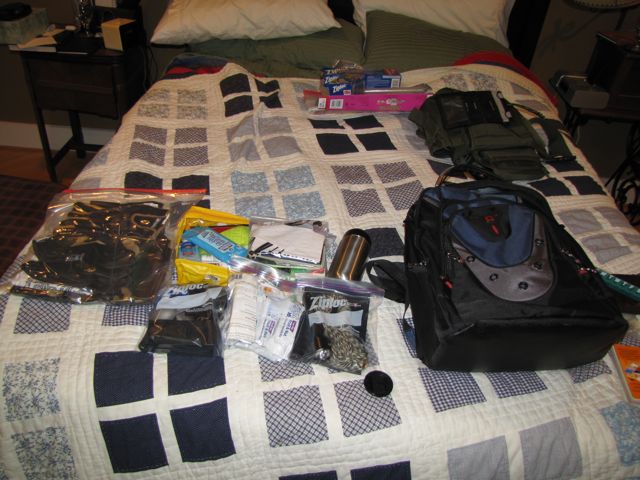 Then came the challenge: put all the ziplocks into the computer bag. Now, this bag is very large, with four pockets (computer portion, main pocket, second pocket and small, front pocket). It turns out that I could shove a big ziplock with flat things in the back pocket with the computer. That was a major breakthrough and allowed me to reserve the main pocket my business notebook. I then stuffed everything in the last two pockets with relative ease. My computer backpack originally contained extra meds, but I ended up stuffing those in side pockets. It would be nice to have extra ibuprofen, cold medicine, heartburn meds and cough drops in a medical kit, but, for now, they will stay with the computer bag. I might rethink that and find a way to make more meds fit. After some rearranging, I got everything to fit. 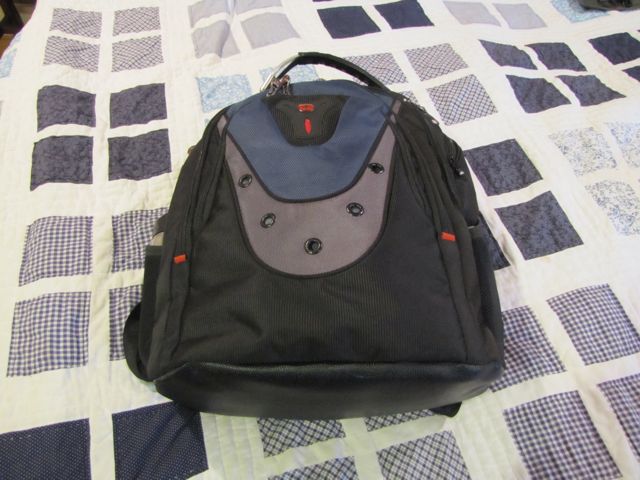 There is not much room to spare. It is definitely thicker than before and heavier, but there are always trade-offs in everything.

The last step was to find out how long it would take to transfer my tactical EDC stuff from my computer backpack to a non-tactical backpack. With the items packaged in ziplocks, it took less than 2 minutes and all my tactical EDC stuff was stashed in the Jansport bag.  More stuff would fit into the backpack if necessary. I can now transfer between bags with ease and blend in with the natives while looking natural and not too dorky. Mission accomplished!

Final picture of my Jansport bag next to the computer bag and empty tactical messenger bag. This is a definite improvement over the previous situation. 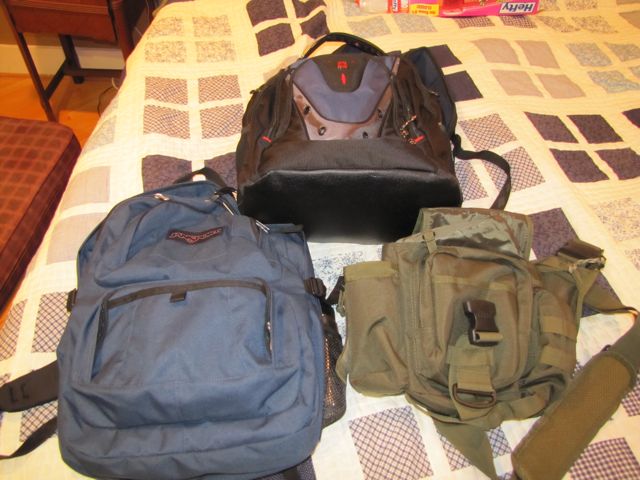