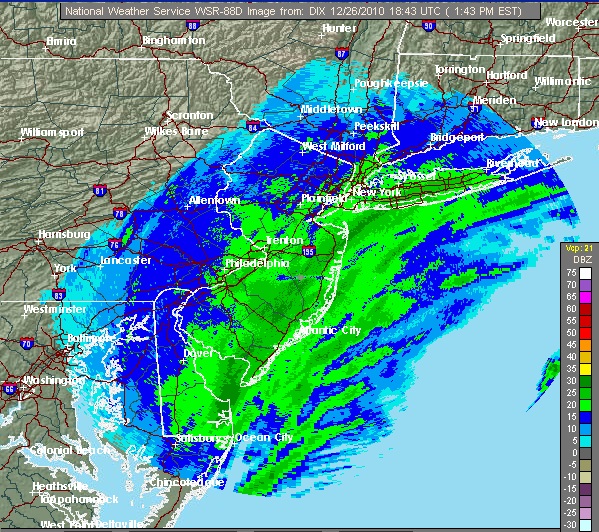 It wasn’t really a TEOTWAWKI moment, but offered an interesting glimpse of what might be.  Perhaps, the ghost of Christmas future.

There is a major snowstorm on the way to the northeast.  It is the first one of the season and the weather channels, news channels, and everyone is predicting 12 – 18 or so inches.  After returning from my families home for the Christmas holiday, I went to the grocery store to pick up a few items I knew I would need since I had not been home for a few days.  When I got there, parking was scarce, and I guessed there was a mob inside.  What I didn’t expect was that there was a slightly crazy mob inside, jogging, walking quickly, cutting people off, and clamoring to get their milk, bread, water, eggs, and comfort food items for the storm that is going to last less than two days.  Meats, poultry, milk, bread, soups, and other items were all scarce and the shelves were half empty of the staple items.

I saw, for a moment, first hand, what a mildly concerned crowd of people trying to get their Oreo cookies and Captain Crunch before the next guy could get them first.  I had to stop and look around a little just to observe.  I thought “this is what it would be like if it were worse, except people would not be as civil to each other.”

So, what were my post grocery store visit concerns just as the snow was starting to fall?

This is all the more reason to prep than ever in my opinion.  I am going to evaluate this week how I am storing some of my preps and look for a way store them more efficiently going forward.  This was a good lesson.

Warning – Some images may be too graphic for some viewers