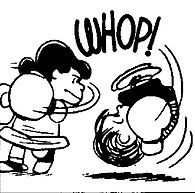 You’re going along in life.  Everything is going well.  Then *WHAM!!*  Something small, silly yet devastating happens that knocks the wind out of your sails.

So it was for me the week before Thanksgiving this year.

The Monday the week before Thanksgiving somewhere in my day I ate something my entire digestive system didn’t like (I think I know what it was and where I ate it but can’t prove it for legal certainty). I’ve had an upset stomach before, though rare. And one a handful of occasions I’ve had what may have been food poisoning. But only once before did I have a digestive tract infection like this! (And in that case I contracted it on a trip out of the country, part my own fault as I indulged in some foods I don’t usually consume.)

I will spare my readers all the gory details. Suffice to say that my entire colon purged itself multiple times a day. I didn’t eat anything at all for 2 days. I lived off water and some ginger ale, later some Gatorade (which seemed to help probably getting my electrolytes back in balance). When I did try to eat with in a very short time it too was purged. Even on Thanks Giving day 10 days after it started, one of the worst days of the year to have stomach problems, I was still woozy.

Finally after more than 14 days straight my digestive tract was doing better. Even as writing this now it’s still not completely back to 100%.

Very very troubling for me as I pride myself on having a “cast iron stomach” most of the time. At worst I would get heart burn. I can’t even say anyone in my household was sick that I caught something from. Who knows what it was.

My point in telling this is it could easily also happen during a SHTF event, at a time you need to be operating at full capacity. In fact, probably even more likely during SHTF as normal access to cleaning and hygiene could be interrupted, food and water possibly more likely to be contaminated, improperly handled or prepared food more likely, etc.

At the peak of my illness I was feeling at most half-strength. I was very lethargic. No motivation to do even daily events much less extra. I was slower than normal to react to stimuli. It was more difficult to think conceptually and strategically beyond daily normal routine. All conditions you do not want to be in during an emergency.

The moral of this tale is that while careful food handling, preparation and personal hygiene is important every day, it is even more vital to be aware of during an emergency. During a STHF event you need to keep yourself at peak physical and mental performance, for your sake as well as your family’s. Don’t skimp on personal cleanliness and be sure of both your food and water sources as well as not cutting corners cooking and preparing your supplies.

A disaster is the worst time to also be sucker punched by your own body.

***This post was provided by ST.  ST is a prepper on Long Island, and a friend of Suburban Survival Blog.***