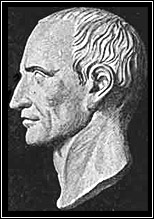 Note: The following is the fourth installment of a series that represents a first-hand chronicle of a fictional economic collapse in the United States. This series is to be viewed as only one possible scenario.

Spring is finally here. Looks like the ground hog keeps his job for another year. Though not sunny and warm yet Old Man Winter has cut us a break and the days are getting much warmer. Haven’t had snow fall for over a month and that’s fine with me. The West got hit hard and more flooding is expected. That means more damaged farms and farm land. And that’s on top of a harsh winter out West that, according to the Department of Agriculture reduced the winter wheat harvest by at least 20% (some websites claim as much as 40% reduction!) Not what the country needs now. The Russians got hit very hard this winter too. They already announced another moratorium on their own wheat exports and MSNBC reports commodity traders expect Russia to try to buy twice the wheat for their own use as they did last year. This can’t be good.

The Dow dropped again down to around 7200 as companies reported even smaller revenues and fewer profits. It’s being blamed on the winter weather as people had to spend their precious fewer dollars on heat and food instead of things like movie tickets, vacations and iPads. Normally I say blaming the weather is a cop-out excuse. But this time I agree. We still indulged a few pleasures this winter though not like years past. But very few of our friends did. They’re too prideful to say they’re hurting but your mother and I see it on their faces. It’s both sad and scary too. By the grace of G-d got thee.

OPEC pulled the trigger (or you can say banged another nail in the coffin) and announced they are no longer taking the U.S. Dollar for oil. Gas jumped to nearly $9/gallon the next day and is now about $9.29 a gallon for no-name regular. The oil companies said they foresaw this coming and have agreements to trade gold for oil so supply should be fairly regular. But that in turn sent gold to $6500 an ounce (silver $80+ an ounce) and climbing. Comex has worried about gold defaults if so much of the worlds’ trade seems now to be moving to away from dollars to gold. The Renminbi has held pretty good on world markets and, in spite of their economic woes, the Euro is a strong second place. And surprisingly the Canadian Dollar is showing well too. Already many stores in Manhattan, LA, Boston and even Miami are taking all these as currency in addition to dollars. Price signs are listed in dollars as well as Euros and Renminbi. I’m going to see about convert a couple of dollars to Euro just in case. Your mother thinks I’m nuts (so what else is new?) but I’m going to anyway. Just a little, for now.

Looks like I was right about my suspicions at the supermarket. Wish I wasn’t. But it’s so. Rationing is here! The other day when we went food shopping there were signs all over “Limit 2 per customer per day”, “Limit 1 per customer per day”, “Limit 5 per customer per week”, and so on. Milk, bread, fruits and vegetables, meats, canned goods, flour, sugar, eggs, even paper towels and TP! And now by forcing you to have a bar coded customer card the computers can track how much you purchased each day, week etc. Plus by linking on name and address they are enforcing limits per family. Also they stationed two big bull security guards at the checkout lines. Reminds me of the bouncers I’d see during my youthful clubbing days. You can go to different brand stores. They don’t seem to have linked the different stores (Stop&Shop not linked to Shoprite not linked to Pathmark and so on), yet. But that takes time and burns more expensive gas. A guy at work called it “frogging” as you jump from store to store to maximize your allowed purchases. Seeing the same people going to two or even three stores in your neighborhood is like living in “Frog Town” he said. I’m sure it won’t be long before all the computer systems are linked to stop frogging.

On the news they are saying stores need to do this in order to quote “Have more consistent varieties and items on hand”. No one I speak to is buying that. That means they are having trouble getting in stock for the shelves.

Never in my life did I think I’d see this! Thank G-d we have at least a few supplies to draw on if needed.

With food now in shorter supply your mother and I have joined with your Aunt Donna and Uncle Frank and some of our mutual friends for pot luck dinners a couple of times a week. We used to do this once in a while as a social event. But now it’s an economic one. It’s cheaper for each family to make just one dish and together everyone gets to eat. We rotate homes so it isn’t as much an inconvenience to the same people all the time. I like that idea too for security. You never know who’s watching.

And speaking of food security I heard from word of mouth that a number of the 7-Elevens in our area have been “flash mobbed” recently. The police won’t even respond to the store’s silent alarms anymore. That say it’s just shoplifting even when it’s 20 or 30 people stealing and knocking over stands and coffee pots etc. In fact, with the police (and fire) department cut backs Nassau and Suffolk PD announced they are no longer responding to 911 calls for things like robbery and burglary including car theft, vandalism, trespassing, even snatch-and-run assault robberies. They want you to go down to the local precinct and file a report when these things happen.  The county says it’s going to put up more video cameras to cover more areas. How lovely. I think Cesar is watching too much.