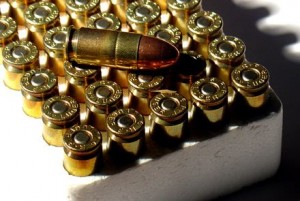 The other night at dinner we got talking about ammunition caches… We discussed at a high leve what we thought everyone should have (personally speaking, of course).  One of the guys brought up JWR’s guide to ammo storage.  As you may or may not know, I think JWR, is a gear nut and that he is a little over the top about many things.  Don’t get me wrong, JWR is the defacto resource for many survivalists and preppers, however, I think, and it is his choice to be a gear heavy guy.  Not a bad thing, it is also a business for him… I have a ton of respect for him, his blog, and his business.  Hell, he was one of the first resources online I found when I started prepping…

However, with his ammo suggestions I actually think he is light on the battle rifle and other options.  I think that 2000 rounds is not enough.  I think it should be in the 3000 – 5000 rounds, personally…. Here are my personal mods to that list:
By Category:
I bulk up the ammo requirements primarily because in a SHTF or TEOTWAWKI situation may not have gun shops open and you may literally need to raid your own ammo store and having a little more to put you at a “JWR normal storage level” after use/practice is not necessarily a bad thing.  Not necessarily for “battle” but primarily for target shooting, etc.  Ever teach someone how to shoot?  Did you bring your own ammo?  If you have, you know that you go through a lot of ammo, just teaching them how to properly aim.  When they start to get better, they will use as much as much ammo as you do when target practicing.  Think of ammunition as food preps.  Add another person and your preps are cut exponentially.  Ammo is a consumable like food, and I feel should be treated as such.