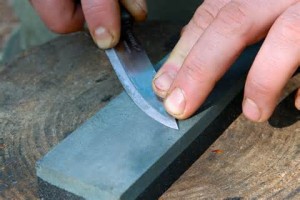 One of the constants of the universe is Murphys Law… if something can go wrong, it will.  And along those lines, if something isn’t maintained properly it will fail at the worst time.  Everyone remembers maintenance on their cars, on their house, and other big ticket items….and we all maintain/charge the batteries in our phones, flashlights, etc…or at least we should.  But what about the smaller items that we use everyday that appear to be maintenance free?  Most times they aren’t maintenance free and require some basic maintenance or even replacement if they wear out.

Items from my EDC (everyday carry) kit that have failed on me are:

My holster. A screw came loose on my belt loop and fell out.  Thankfully the holster is an inside the waistband design and it didn’t drop to the ground… but the screw was lost for good and I had to order another.  I have heard stories of other holsters that have failed and allowed the gun to be fired while in the holster… so I guess I got off lucky compared to that (but in my opinion, those holsters should have been replaced long before an incident like that took place).  Check your belt clips, retaining screws, leather, etc for looseness and signs of wear… and don’t forget about your magazine carrier, belt buckle, etc.

My knife blade.  Anyone who carries a knife on a daily basis knows their knives get used a lot…opening packages, cutting string, removing clothing tags, slicing cardboard, etc.  They get dull quickly and before you know it, your trying to cut a zip tie with a dull knife, using extra force, and running the risk of injury.  A dull knife is way more dangerous to you than a sharp one.  Its easy to sit down with a wet stone while watching your favorite drama show (like doomsday preppers haha) and spend a few minutes per week keeping your knife sharp.

My gun. Well actually not mine thankfully… but a student in one of my classes had his gun seize on him during a live fire drill.  Lint from his pocket made it into his magazine and then into his action.  The nylon in the lint melted and froze the gun with a spent casing in the chamber.  Lint/dust and guns don’t mix well so a gun that is carried everyday requires more maintenance than a gun that sits in a safe… even if they are fired and cleaned with the same regularity.

My sunglasses.  One of those pesky screws came out of the frame and rendered them useless.  It was an easy fix with an eyeglass repair kit but I imagine it could have been much worse if I require prescription glasses… or if I was riding a motorcycle and my eyewear was part of my protective equipment.  Regular maintenance on eyewear (tightening screws and cleaning lenses) can save you a huge headache.

These are just a few of the things that I have seen fail, Im sure some people out there have a much longer list.   A little preventative maintenance goes a long way for your EDC kit so don’t overlook it….the end result could range from mild annoyance to life threatening.