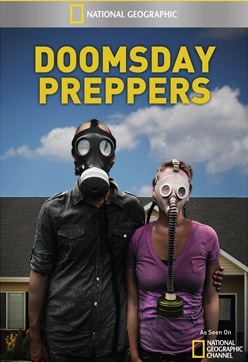 I watched it.  I saved them on my DVR, and watched them.  You watched them.  We watched them.  We critiqued each prepper based on what we have and know.  Admit it.  You secretly did.  I know I did.  As the scenario was laid out I said, “they need more water, they need more food, they need better defenses, they need to cache food and supplies on their bug out route(s),” etc.  We all did.  We wanted to see what the other preppers had and what we were missing.  We wanted to see if we were on the same page.  We wanted to know we were prepping for something that was important.  We want to be right, in some screwed up romantic notion about why we prep.  But I have to ask.  Was “Doomsday Preppers” necessary?

Here is why I ask.  I’ve watched the episodes.  National Geographic has done a good job trying to make sure the show is impartial.  They do okay with that.  But, my formed opinion is one that I came to after some thought and watching six episodes.  Each episode, as you know, outlined three preppers lives and outlined the situation(s) they were prepping for.  I thought that was cool… Being able to see three preppers preps, and listen to why they were doing exactly what they were doing.  I thought it could help validate my own prepping, (I think we all, as preppers, want some validation) and that I might even learn a thing or two.  Well, I learned a few things.  In fact I probably picked up a tidbit or two from each episode.  However, I feel a bit like each prepper was “sensationalized” by National Geographic.  Getting them dressed up with their AR-15s for the commercial segments, etc.  I understand the need to run drills, etc.  But, after watching all the episodes, I feel that most of these preppers lives were dramatized in a way that might leave a non-prepper thinking that they were whacko.  I did not like that.  I’m not going to get into specific situations, nor am I going to point out specific people that were on the show.  But the video blogsphere has already had a wave of videos from a vlogger that has been to the hospital and now his guns have been taken away from him by the state in which he resides.  Is this a wave or ramification of his lifestyle?  I don’t know, however, I don’t like it.

Because of this blog, I have been asked to participate in shows such as The Colony, and other one off preparedness documentaries.  I have only granted two interviews.  The emails come in the form of a gmail or hotmail account from a production company that sends a two or three line semi cryptic email about doing a special on preppers that is tasteful and different from other prepping specials.  And, then you get something like Doomsday Preppers that I feel sensationalized preppers for who they were and led them down the gray line of what made them look like they were sensible or insane.  Personally, the spin was the later, but that is just my rant and my perception.  While I gleaned a few tidbits of knowledge from the episodes, I don’t really think Doomsday Preppers did the preparedness community any real good.

Let me know what you think…