The Secret Fears of a Prepper 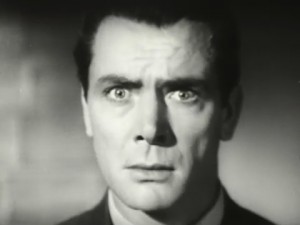 Back from another daunting business trip to the west coast last week, I did something I don’t normally do these days.  I didn’t bring with me any of my travel preps or travel EDC. What?  You ask.  After both you and PrepperJim have been writing about the importance of bringing some preps on your business travel?  Yes.  In some ways this was an experiment, and in another category, I was trying to lighten my load since it was a large roller suitcase.

Primarily, it was an experiment.  It was an experiment in fear.  It wasn’t too many years ago that I would travel without any EDC, and I had no preps at all.  It wasn’t too many years ago I wasn’t paying attention to the economy, politics, etc.  I wanted to test some of my own fear on this business trip.  How did it work out?  Well, I’m back, unscathed, with no major disaster, with the exception of the stock market decline last week, giving me the fear of economic decline.  In truth, all week long, in the back of my mind I had the tingling feeling that I should have brought with my my travel EDC.  It again has changed and expanded upon, which I will outline in another post, however, it is my safety net when traveling, and as it seems, gives me mental solace while traveling.

So, what does that have to do with my secret fears.  Well, in many ways, my little experiment spawned some thought around what some of my fears as a prepper (or human being) in general are.  They are a little extreme, but in the back of my mind not unlikely.

So here are a list of my fears while traveling:

I would much rather be on the ground in familiar or unfamiliar territory during an EMP than in the air.  As far fetched as some people think it is, it is close to the top of my fear list.

2.  Earthquake.  A real fear for me, since I spend some time in southern California pretty consistently.  I have been in a couple of “light” earthquakes out there that have made the TV and Radio.  In both cases they happened at night/very early morning.  I slept through both.  Both were on the news the next day, and both were in the 4.0 range.  However, I am fearful of a much larger earthquake while on the west coast where it paralyzes ground and air transportation to getting home and not having adequate preps with me while on the road, and having to depend on government in an urban and suburban environment.

3.  Economic Collapse.  Yes, economic collapse, while traveling.  I always try to keep an adequate amount of cash on my person while traveling.  However, if the banks close, if the ATMs are not working, if the credit cards are not working, it may be near to impossible to get home in the short term.  While it didn’t happen this past week, I watched the financial news eagerly wondering what might happen while on the road, wondering if I should carry extra cash in an envelope which might be enough to buy an emergency plane or bus ticket at the airport if necessary to get me home.  Maybe bring with me a several of those silver coins that I have recently acquired to sell in a pinch.  Note, however, there will be added weight.  Sigh…

4.  Riot.  Deterioration of rule of law is a huge consideration.  When I travel it is generally to a city.  After looking at what is happening in London with the riots over the past couple of weeks, there is uncertain speculation that this is coming to a city near you soon if our country’s job and financial situation does not improve…  I am not limiting riots to cities however, but generally speaking, this is where they happen, and get reported on first.  Not sure I want to wake up to a riot outside my hotel while traveling.

5.  Being Stranded.  A few weeks ago, when I was on the west coast, I drove to Las Vegas for the weekend.  Not to gamble mind you, but to visit two long time friends that coincidentally live in the Las Vegas area.  During my drive through the desert to visit my two old friends, you pass many exits that seemingly go to nowhere… You pass the exit to Death Valley, etc.  I look down at the thermometer on the car and see 105 degrees, etc.  What if something were to happen, back to my EMP argument, if the car stops running, many or all of them stop running and you are stuck in the desert.  I usually bring with me several large bottles of water in the trunk when I drive from LA to Las Vegas (I do this about once a year), but being from the northeast, my only survival training for the desert is watching Dual Survivor with Cody Lundin, co-hosting.  This is only one example of being stranded, however.

6.  No Communication.  Based on some of the above, communication may be cut off.  Not being able to know if my family and friends are okay, or let them know if I am okay is a real fear.

7.  Injury.  Injury while traveling during a man made or natural disaster and having to depend on medical care services that are already strained with many people waiting for medical services, is not my idea of fun.  And again, while I travel to cities, mostly, this is a real possibility…

Those are my main fears while traveling… Are they founded?  I think so.  I think they are all realistic, personally.  I thought about them a lot while traveling in southern California last week.  I probably will not be traveling without my travel EDC again anytime soon.  While it may not be perfect, it is certainly a little piece of mind, whether or not I may ever need it.