The Interesting Road to Actually Bugging Out, Thoughts During a Mandatory Evacuation 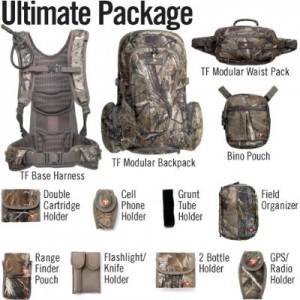 Yesterday, I received an email, and text message from the local emergency system I was signed up for.  The mayor of my town, and the county, I believe, instituted a mandatory evacuation of homes due to flooding from the Passaic River.  As I got the text and email, I thought about it for a while.  Should I stay or should I go?  With all the issues I had getting home right after Irene, I didn’t want to have the same issues coming home again.  That said, it hit me.   Hmmm.  I have to bug out.  Obviously, I decided to go.  “Let me do some research,” I thought.  I got online and started to research what roads are open and closed.  For the record there were more closed roads than open.  Route 46 and 23, two of my major bug out routes were under water and shut down in multiple areas.  No mention of Route 21, however.  I spoke to a buddy who said parts of 287 had collapsed and were closed, and that it took him four hours to get to work in the morning… I decided to take Route 21 to Route 80.

Now all I needed to do was gather gear and go.  Uh, oh.  My Bug Out Bag is only set up for the extreme emergency… What was I thinking? I really didn’t need a BoB to get out of town with.  This was more like a working vacation at the Bug Out Location.  The water was not threatening me yet, although it was rising in the street a few hundred feet away.  Let’s see…  Take a few things that could be valuable to a looter that I don’t want to lose, pack my clothes in my large travel suit case, throw in a couple extras, pack my laptop, iPad, etc. and I am ready to go… 2:45 p.m. August 30th, I am in the car heading west.  Getting to Route 80 from Route 21 was a breeze.  It only took a few minutes.    Route 80 west, however was another story.  It was stop and go traffic for the first 15 – 20 miles, primarily due to the shear number of people that were using Route 80 as a conduit to the places they could not get to because of road closures and flooding.  This easily added another 30 minutes to the trip.  There were also other detours along the way that added another 30 minutes to the drive as well.  All in all, it was uneventful.  It took three hours to do a trip that would normally take two hours on an average day.  So, in my head, I was calculating how much extra fuel I was burning, and trying to guestimate how much more fuel I would use if this had been a five or six hour trip, along the way… I can easily see Bugging Out during a more life threatening emergency, affecting more people taking hours longer. A couple of new Jerry Cans are in the works for purchase going forward, even though I am not to have gasoline in my apartment or on the second floor of my building… I’ll figure out how to do this somehow…

Along the way, with the extra time, my mind started to analyze the idea of bugging out in a less sever situation (in my mind), such as the one that I had just encountered.  My friend Mr. Jones uses a modular bug out bag system.  Which got me thinking, I need a more modular system for different levels of bugging out.  For a light bug out scenario, a couple changes of clothes, toiletries, etc. as “Module A,” and maybe Module A is the core backpack with typical stuff in it for a 72 hour jaunt to the BOL.  For something more severe, you add “Module B.”  Maybe Module B is for a specific scenario, and can be attached to Module A by MOLLE straps, ALICE clips, or zipper.   So goes the the Modulear system.  Each module represents a severity level, and you take what you need for the temporary situation you are in, attach and go.  Maybe, I will ask Mr. Jones to write a post on his modular bug out system.  It was obvious to me, in hindsight, that it took me too long to gather the clothes, gear, etc. that I wanted to take, pack, and go for a light bug out scenario, by comparison to “the big event.”  I think I have spent too much time preparing for the “big event,” that I have lost sight of the smaller disaster scenarios that can hit you (me).

However, I still believe that a 72 hour bag is too short a time today to prepare for.  I think five to seven days is more realistic.  Even this post hurricane flood has caused the disaster scenario to be elongated.

I am writing this from my primary Bug Out Location.  By the time you read this, it will almost be Labor Day weekend, at which time I may be at the camp site we usually use for camping to asses any fallen tree damage…  I’m sure I will be giving more thought to this modular Bug Out Bag concept and writing about it in the near future.