Form/Join a Survivalist or Prepper Group or Lone Wolf it? 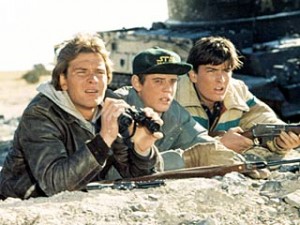 I joined the Northern NJ Preparedness Meetup because I was interested in survival preparedness.  I think that society, especially in the suburbs, socially frown on prepping and preparedness in general.  Almost everyone I have met that is a prepper in New Jersey has prepared for disaster very quietly.  Including myself.  For me to join a preparedness group, even a loosely managed one was to expose myself as a prepper and survivalist minded individual was a reckoning in my own mind.  I also wanted to reassure myself that I was not crazy, spending money on preparations in the event of a natural or man made disaster.  Two other reasons I joined were to learn something and to meet other like minded people in the area.  To build a network in the event something did go wrong so that we had a combined skillset to help each other out, even if we all ended up going our separate ways at some point.

The NJ Preparedness group is less than a year old, and was formed, in my opinion for people to come and share ideas, thoughts, etc.  This is a good thing, because there are varied levels of prepper that show up, as it is an open forum for discussion.  I am looking forward to our spring meetings with Practical Primitive, as well as the mock bug out weekend that was moved to spring.  Next meeting it was suggested we discuss alternative power sources such as bio-fuels, solar, etc.  This is a foray into an area we have not discussed.  I think that expansion beyond some of the topics we have been engaged in would be good.  I say this because I have been thinking recently about my own skill-sets again, and where I lack a LOT of experience, which also lends itself to Monday’s post on bartering.

With that, if you are considering looking for a group to get friendly with, form, join etc. do so with the consideration that no man is an island of information or can do everything by themselves.  Go in skeptically, but with an open mind because you want to objectively observe others to see if your personalities, values, and goals are aligned.  In less than a year I have seen more advanced preppers/survivalists come and go because the group is just not in the same place they are, and I have seen others come and go dipping their toes in the waters to see if the group might be for them.  Some of the toe dippers, I was hoping would stay.  They had skill-sets that made sense for the group.  I was hoping to learn from some of them, but understand if the group was not for them.

So, knowing that I have seen people come and go from the group, it is my theory that building a group that you can trust, contribute to, etc. will not be easy.  Everyone’s comfort level is their own, and you cannot convince someone to do something they do not want to if they feel you are too junior, they do not trust you, or they don’t feel your goals are aligned.  And, if any of the mentioned criteria are the reasons, don’t be upset.  As you progress and become more established with your group, skill-sets, etc. you may choose not to be part of a lesser established or experienced prepper group as well.  Although, I think there is merit in sharing what you know if they are not going to take advantage of your knowledge.

Here are a couple more resources for you to peruse on the possibility of building or looking for your own survivalist/prepper group: