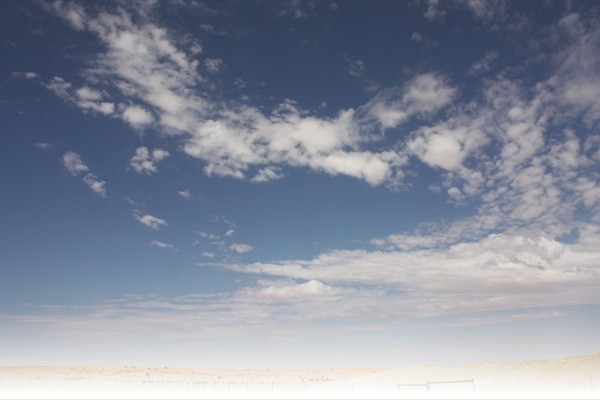 Note: The following is the third installment of a series that represents a first-hand chronicle of a fictional economic collapse in the United States. This series is to be viewed as only one possible scenario.

It’s winter. In more ways than one.

Winter this season come in early just as I thought it would. First snow was by mid-December and Christmas was a white blanket. Normally something to be pleased with but not this year. The house heat has been on since early December. At least we can still afford that somewhat but I keep the thermostat at 63 during the day and 65 at night. Your mother complains but then I show here the bill and she goes off in a huff which I have come to learn over the years means she knows I’m right and can’t stand it. Your Aunt Donna and Uncle Frank buy on the spot market. They won’t say what they pay but I’m sure it’s a lot more then with our cap. Their house is always colder. And we just received a letter from the oil company that due to high demand they won’t be making fill-ups but rather fixed gallon deliveries based on your tank size and usage. In other words – rationing!

The President’s 5% “assistance tax” went into effect just before Christmas (a nice gift except to those who had to pay the tax) and that isn’t helping either. I wish we had gotten that pellet stove but too late this year. I hope we can next year.

Gas is now $8.29/gallon for no-name brand regular. OPEC has threatened to stop taking U.S. Dollars altogether and that sent oil up yet again. Just what we needed. And the President is proposing the government give low interest loans to farmers to buy new hybrid tractors and harvesters since diesel is over $10/gallon. Problem is: There are very few hybrid farm equipment manufacturers now! He says it will stimulate grow and jobs as new companies will form to make the new “green” hybrid farm tools but that hasn’t happened yet. “Green on the farm” is the buzz slogan. And just how many people anyway will be employed? A few thousand? Nice for them but when unemployment is at 11.2% (officially) you can’t get too excited.

The Dow is gyrating from around 7700 to 8100. No Santa  Clause rally this year. Even the usual New Year’s spike as portfolios are readjusted for the new year has been lack luster at best. Gold hit $5900 the other day and is expected to break $6000/ounce soon with silver nearing $70 an ounce too. I sold one of my 1980’s 14k gold wrist chains at the mall kiosk for $1900! It paid this month’s oil bill and bought two weeks of groceries, if that’s what you can call the lack luster selection and quality these days. At least the restaurant supply company near the Post Office still sells retail out the back. Prices are up but not so bad and the quality is surprisingly good. I don’t ask questions and neither do they when cash is in hand.

Speaking of groceries, a curious thing at the supermarket this week. A sign as you walked in said all customers now must use their Valued Customer card when making any purchase. If you don’t have a Valued  Customer card you can’t buy anything. And now you need to show two forms of ID, one with a photo, to apply for the card. And it isn’t’ just the local Walbaums. Stop&Shop, Shop Rite, Pathmark etc all are doing the same. I confirmed via net blogs this is happening with supermarket chains nationwide too though nothing on the news yet. I have a sinking feeling about this when combined with the new rent-a-cops thing supermarkets (and others too) have implemented but will hold my thoughts for now. Not sure what a security guard or two can do but I suppose it’s a show of force for deterrence to at least someone.

Dave’s rabbits seem to be doing well. I think I smelled cooking rabbit the other night. I won’t say anything but it isn’t good for him that such odors carry. If I can smell it in my yard so can our other neighbors and probably someone on the street. I really should approach him about the rabbits for trade. Maybe trade some summer grown vegetables for meat? Worth a try even though I still think he’s unreliable at best.

Work is going ok. Not a lot of big long-term project but a lot of daily grunt work. I’m not complaining. Your mother says the same at her job. At least we still have jobs. Doing more work from home to cut back on fuel costs. A lot of people are. The office is half empty most days.

And on the subject of cars your mother finally agreed to let me keep a little gas outside. I have six 5-gallon containers and good stabilizer. So that should be enough to fill both our cars. I’ll try to add a few more containers but those have been hard to come by locally and I don’t want to be “on record” ordering  them online. As it is more and more blogs and websites are posting leaked memos and emails from DHS and FBI about activities they deem “suspicious”. Heck, just buying 100 pounds of bagged rice, if you can afford it, might get you on someone’s ‘watch list’ these days! Pretty scary stuff.

The county and city laid-off a couple hundred teachers, fire and police. Yet, funny, they still found the money for the Caribbean Culture Day parade and to re-tile all the public summer pools. Guess that’s more important. Maybe those people should try driving down the main roads with eyes open and see all the empty stores and mini-malls. Amityville looks like a old west ghost town. Brentwood is even worse. And I try not to think about what it’s probably like in Wyandanch. As long as that element stays there – but for how long?

Still, at this time we remain lucky. And winter is half over. Hope that ground hog is right this year. I wonder what ground hog tastes like? (just kidding! Maybe.)