Endless Fall – Part 2: A Time To Be Thankful? 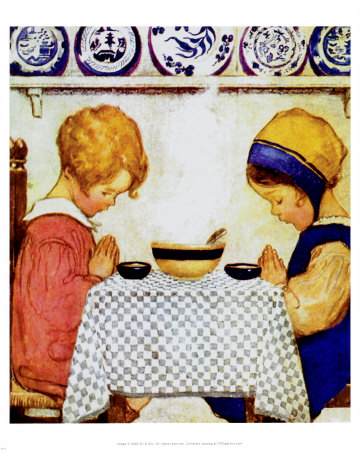 Note: The following is the second installment of a series that represents a first-hand chronicle of a fictional economic collapse in the United States. This series is to be viewed as only one possible scenario.

It is an ill wind that has blown in this cold November season. Winter seems to be coming early. As if we need more good news. “Shell shock” has pretty much passed most Americans by now. Even Black Swan Day has dropped off the lead story on the news but that’s no surprise in today’s microsecond news cycle. But while the day isn’t page one news any more the fall out is all too clear.

The Labor Department couldn’t keep the numbers down no matter how much the fudge the calculation. Officially unemployment jumped “unexpectedly” (isn’t it always!) to 10.7%. The U6 number is now 25%. But there are assurances things are just temporary. No one really believes this anymore. I suppose it’s what a President and politicians are supposed to say. And I suppose you can argue it’s trying to keep people from panicking. But an honest answer would at least be refreshing if not comforting.

Within hours of the new unemployment figures coming out the President signed an Executive Order extending unemployment benefits yet another 50 weeks. And anyone who’s unemployment benefits have already expired will be able to apply again and get a one-time retroactive payment for the time between expiration and now. Throw another $400 billion on the national debt fires. At least it will help keep people warm this winter. Too bad heating oil is now spot $7.89/gallon and gasoline $8.29/gallon regular.

Your mother and I have started working from home 2 days a week. Sometimes 3. It helps with the fuel costs. At least we still have jobs though raises and any idea of bonuses this year are a foregone conclusion to be non-existent.

As I thought the banks have implemented a much lower daily withdrawal limit from both ATMs and tellers as well as a combined weekly overall limit. They say it isn’t in response to bank runs. But they why did the Banking Board approve it over night instead of the usual 30 days with public hearings? It doesn’t impact us much. We took a lot of cash out of the bank when this all started. At .01% on a savings account it’s not like we’re losing much on that anyway.

Surprisingly gold has remained fairly level, gyrating in the mid-$5,000 range. Silver hit the $70/ounce mark and is hold in the mid-70’s. I suspect more than a little market manipulation there. The Dow is also holding pretty level between 7900 and 8300 on any given day. So much for retirement anyway.

There is an air of uneasy released tension between your mother and me. She’s a very proud woman and would never admit to being so mistaken. I don’t want to rub in and say I told her so. I can see the stress on her face. She knows I was right, though I so wish I wasn’t. Now at least when I talk of being more prepared she is more helpful than argumentative. Better late than never I suppose. But what we do agree on at least is that come what may you girls will be the #1 priority for us. I don’t think that was ever in doubt, Black Swan Day or not. But now even more so.

Thanks Giving is just around the corner. Your grandmother said she’s having a hard time finding a large enough fresh bird for the family. Unless she wants to pay $5.99 a pound! I told your mother to offer to help pay for Thanks Giving dinner but she felt your grandmother would be insulted. I told her it’s family and it’s not an insult to recognize the rising costs of food. Instead we’ll bring some fresh fruit (at least as best we can find) and some canned fruit.

The supermarket has seemed a bit less of what it usually is. The shelves don’t seem as fully stocked as usual. It seems to be taking longer to restock the fresh fruits and vegetables. And some of the offerings isn’t looking so great for the price. There as a one day 10/$10 sale on canned vegetables this weekend and by the time I got there most were gone! I’ll have to get there earlier next time.

Our neighbor Dave has started keeping rabbits again. He had rabbits as pets years ago when we first moved here but then something, probably a feral cat, broke in and killed them. Now he rebuilt the coop and is keeping them again. Before they were just pets but now I wouldn’t be surprised if it’s more. Wish I could keep ducks but that would make too much noise. I’m sure he doesn’t have a coop permit but I’m not reporting him. I may need his assistance later even though he can be real ass at times.

The President has proposed a 5% “assistance tax” on home heating oil and natural gas to help the unemployed and “the poor” pay for heat this winter. Certainly isn’t assisting us! He said this is going to happen before Thanks Giving even if he has to use an Executive Order. Republicans are threatening to go to the Supreme Court. They usual mudslinging is happening but this looks like a done deal. Just what we need now. At least our price cap at $4.19/gallon will help. Spot heating oil is now $6.39 and rising! At least gas is holding barely under $6/gallon for now. I may try to store a little gas at home. Just enough to fill both our cars. I floated that idea with your mother a few months ago and she was adamantly against it as a safety hazard. Can’t argue with that other than to say I have a spot outside to store it out of view with good ventilation. I may just do it and hope what she doesn’t know what hurt her, though there will be Hell to pay if she found out. You know her.

Still have our jobs and actually feel rather secure. I hope it isn’t a false sense of security. My concern is losing my job due to relocation. We aren’t moving to follow this job. Your mother’s job is just too good to leave and anyway in this environment would be a disaster. But the larger picture is bad. Officially unemployment is at 9.8% but the U6 is over 25%. Everyday yet another layoff announcement is made and this or that labor indicator comes in yet lower “unexpectedly”. Even to the devout that line is getting old.

But even at work things are more somber. The usual water cooler talk and laughter just isn’t there. People seem zombified. They seem in denial. Just like after 9/11 people didn’t want to acknowledge what happened. Even years after 9/11 people seemed to just push it aside. Like so many IT workers (and others too) in New York City I lost my job soon after 9/11. It was very hard to find work again and start my climb back up the ladder. When I went on the few interviews I could get the interviewer asked “Why were you out of work so long?” and when I replied that I lost my job shortly after 9/11 as my resume showed the response was usually something like “Oh, yea.” Same kind of response now in daily conversation. I understand the human mind’s desire not to want to deal with bad news or events beyond your control. But if these people can’t deal with reality now they’re going to be rudely awakened as things progress as they seem to be going. I hope I’m wrong but dread that I’m not.

As I drive down Merrick Road and Sunrise Hwy on the way to work it’s shocking to see how many stores are closed with “For Lease” signs in their white-washed windows. Many have been vacant for months. It’s depressing to see a 7 store mini-mall with only 2 or 3 shops open. Even normal icons like gas stations, 7-Eleven’s, deli’s, dinners, and dry cleaners are closing all over. The Bay Shore Mall seems always full but if you look closer no one is buying! Even estimates for Black Friday sales are very low. I don’t plan on buying anything.

And speaking of Malls, I noticed security seems a bit tighter. A lot more rent-a-cops walking the halls. Haven’t heard of any problems. I hope it’s just preventive. I did hear someone at work say a “flash mob” ransacked a Stop&Shop in Freeport. Even taking into account it’s Freeport that’s spooky if so. Didn’t see anything in the paper about it or on News 12.