Criminals After the SHTF, or I’m Trying to Get Money for Food, the SHTF for Many Already 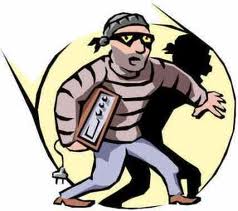 Not everyone is a hardened criminal.  Not everyone will turn to crime when the SHTF.  When people are desperate, they do desperate things when their back is against the wall.  Being a former criminology major (a LONG time ago) one of the things I like to do is take the time to watch the crime rates nationally, regionally, and even locally.  I like to watch the trends, and make my own predictions, etc.  I know, it’s kind of weird, but it is an interest of mine.

Now that you have a little background on me, I’ve been watching, and I’ve been thinking.  To some of my friends, they think it’s a toxic combination when I do that.  😉  That aside, criminal activity has been rising.  Not just violent crimes, but all crime.  The trend is interesting.  I am going to speculate that in the past three or so years the S has Hit The Fan for many.  Further, I speculate that many people already have their back against the wall.  With high unemployment, unemployment benefits that have run out, and for many no job on the immediate horizon, I would say that the SHTF for many.  I feel for these people, because I know that they would rather be working and be productive.  It’s our human nature.

As stated, crime is increasing.  It is increasing due to the economic state of our union.  The economy keeps rolling down hill, and in my opinion picking up speed the further down the hill it is going.  Those affected that have lost their jobs and that were leveraged to the edge of their financial ability have already been hit.  As I stated above, not everyone turns to crime, however, of those that have, you can tell by the types of crimes that are being perpetrated.  One example of this is when a home is not only burgled of the rightful owners valuables, but when the drywall is torn down and copper wire and copper piping is taken right out of the walls to be sold for cash.  There is an apartment building close to my home.  Three apartments in the building in the neighborhood.  The building went into foreclosure, and the bank took it back.  Apparently someone went in, and took out all the wiring and copper plumbing.  The place was destroyed.  The building was an easy mark, because no one lived there at the time.  The scary part is, I live right around the corner, literally, and never noticed anyone going in and out of the building, nor did anyone report any suspicious activity.  When someone eventually bought the building, they basically gutted the place and had to start from scratch.

The interesting part of this to me is that there are people everywhere in my neighborhood, all the time.  The whole crime was perpetrated right under everyone’s nose.  This is way too local for me…  My point here, whether this was a professional job or not, is that this is not the only property or job site that has been burglarized, and burglaries are on the increase…

The issue as I see it, is what do you do when you come home from vacation, weekend at the in-laws, business trip to find, not only all your stuff, but the electric and plumbing missing?  Regardless of the insurance claim paying for the repair, the damage is done, and the fix is more daunting than you would expect it to be.  Frankly, it would suck.  Period.

Crime, as we know it is changing.  It is evolving, or has evolved.  Where did it start?  Who knows.  The need for money, greed, need for food no the table.  Who knows.  One thing is for sure, as the economy settles into it’s 30 year low, crime will continue to be on the rise.  As that happens, and as our federal government continues to spend in the wrong areas like an out of control ATM machine, governments at the local level will grow weary of having to deal with the increased work loads.  There is only so much room in that jail for just so many criminals.  Our justice system will have to compensate.  Shorter sentences, more plea bargains, more fines and fewer incarcerations.  It is the way it will be.

I think.  Remember that, I said “I think,” for 16 million Americans, the Shit has already Hit The Fan.  It has.  We were only able to create 54,000 jobs last month.  It is a very sad state of affairs.  Those that are already against the wall and uber desperate may eventually turn to crime to feed their families.  I hope this does not happen, but I know that it will.  I think, that we have to start acting as if the Shit has already Hit The Fan.  The economy cannot be fixed.  It, unfortunately, because of the debt our government has recently rung up, must be re-booted from scratch in my opinion.  But for that to happen, it would most certainly Devastate the country and every person in it first.

In the mean time, increase your security and your situational awareness

We’ve got to start acting like ts has htf and prevent those criminal acts from happening in the first place with increased security and situational awareness.