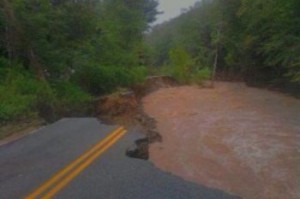 The road to my camp site in the Catskills. Beyond "immediate" repair.

I have to be honest, it is not unexpected. The main stream media are puppets. They are NOT unbiased on any channel.  They lean to the left or they lean to the right, the will interview dictators and Presidents, and not interview dictators and Presidents because or their leaning bias’s.  Period. Unfortunately, the TV anchor in this case did not see videos such as these:

Had the anchor done the “required research” to provide an “unbiased news report” of the devastation of the hurricane, it might have been a different report.

But I suppose for those that would have stayed home, in the eyes of that reporter, the storm would have had an invisible bubble around the home of the person that stayed and protected them. Just ridiculous. Sometimes, I just do not understand the logic behind the media. 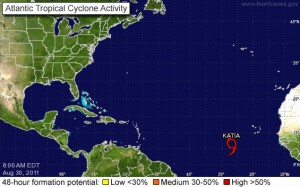 I understand there is a potential Category 5 Hurricane (Katia) forming that may come towards the east coast. It is potentially 30% – 40% more powerful than Irene.  I wonder if we should all just go buy a kite and stay home next time. They (the media) thrive on drama, and drama draws viewers, which in turn sells advertising. So they lean one way or the other because it draws a selection of viewers.

Honestly, while it is unfortunate that 20 (reported) people lost their lives because of the hurricane, 65MM people were affected. That number does not include the ones that are not reported yet. Those are pretty good numbers if you ask me. The plans put in place after 2006’s Katrina disaster worked. Whether you think shutting down the transit system in NYC was dumb or not, it was part of the plan that was in place. Whether or not mandatory evacuations in lower Manhattan were stupid or not, they saved lives, guaranteed. I’m not so sad for the main stream media. They need to get a taste of their own drama, and tuck their tail between their leg for a while.