Character Matters, Quick Thoughts About Shelter With in a SHTF 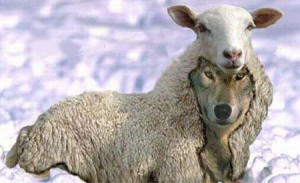 In considering to form a survival group or just simply who you would allow sheltering with you in an SHTF/WROL emergency there are many articles, videos, books, etc that discuss the type of people to seek for inclusion in such a group: A mechanic, a doctor/nurse/EMT, a farmer, a carpenter, a tactical person, etc etc etc. Much can be discussed about whom to include based on formal skills and has been discussed at nauseum.

When considering who outside your immediate family you would want to include (or at least consider including) in your home/shelter during an emergency there is so much that has been said about even family to include or not. It can be hard to exclude family but you only have so much space and resources.

But I believe above all in a true SHTF/WROL emergency the #1 overriding attribute everyone you have in your group and/or open your support and protection is being of GOOD CHARACTER and TRUSTWORTHY.

Given a choice I would rather have someone of good character in my shelter but lacking specific hard skills rather than someone with useful skills but of weak, questionable or simply unknown character. An emergency situation is the least favorable time to surround yourself with people who, frankly, can’t be trusted. Just because they are a prepper and agree to be part of your group doesn’t automatically make them of good character.

“Good character” is a total picture of a person’s life and actions. No one makes 100% correct decisions 100% of the time. But someone of good character can easily show a lifetime of overall more good decisions than poor ones. Just as being a prepper shows in your everyday life as being prepared for pretty much whatever daily life throws at you so it does for a person who generally is of good character. Similarly, someone of poor character/untrustworthy also can’t hide their faults. They go from one bad event to another. Any “good events” are little more than just a period of no bad decisions/actions.

Unfortunately, it often takes knowing a person for years to truly see their real character. No one advertises their flaws. This is why it is probably a good idea S-L-O-W-L-Y introduce a person to your prepping plans and into your group.

It can be very hard to reject friends, neighbors, even family during a time of crisis. But in a real SHTF/WROL situation, you can’t afford to have unreliable, poor decision-making skills around you and your family.

Trust is the most important skill.